👩🎓
Teachers
👩🎓
Teachers
1.0.0
About
How to Link
Whose line is it anyway?
Shared Objects
Glossary
External Objects
Coaching feedback
OLab4 alpha release
Judging a book by its cover
Powered by GitBook

Judging a book by its cover

Pretty does not cut it. Good learning design beats gizmos and geegaws

Don't judge a book by its cover. We are easily drawn to shiny objects: things that are cute and fun to watch. But do we learn better from such engaging materials? Now, while we are not suggesting that you should intentionally annoy your students, is making your students happy your primary objective? It is easy to be drawn into this crude tally on performance. For example, did you click on one of these buttons the last time you went through airport security?

While I do find airport security annoying, it would be better if its primary goal was to be effective, rather than to be security theater.

Pretty is not the same as Pretty Effective

The very first virtual patient case that I was introduced to was Sarah-Jane Pritchard. Sarah-Jane was not pretty; indeed, she was pretty plain:

The case is text only. There is not a single picture in the entire case. But the case is strikingly difficult. I am ashamed to admit that I killed Sarah-Jane, the first six times I played the case. But I kept wanting to try again, determined to save her. And I learned something: you gotta get a move on with a sick infant, and rapidly start with key interventions (no, I'm not going to give it away. Try our updated version here.)

And I'm not the only one to have killed her. This poor young student is visibly mortified to have done just that:

There are clever clues embedded in the text of the case, if you pay attention. Jonathan Round weaves a powerful narrative. As that commentator of yesteryear, Alistair Cook, noted: "the pictures are better on the radio".

What is your objective?

We are harping on about this quite a lot because, time and time again, we see scenario authors spending a lot of time making their cases look pretty or more realistic. Good learning design is not easy but it is essential to keep coming back to the objectives of the scenario: what do you want them to learn? If you don't focus on this, you will be easily drawn into prettification.

In OLab, we do find that the central design tool, the Visual Editor (or Designer in OLab4) is very useful as a simple concept mapping tool. You can start your case by mapping out those 3-4 learning points themselves:

You can then flesh these out, turning those points into steps on your narrative pathway and fleshing out ideas and options for your learners to explore. Get the story right first; then add your bells and whistles.

Yes, it does help to make your scenario realistic. Your students will take it more seriously and engage better if you present them with a real challenge. But it is the problem that has to be realistic, not the depiction. We can all suspend disbelief for a while if we engage with the story being told. Sarah-Jane illustrates that in spades. You need just enough fidelity.

Cute, singing, dancing avatars do not make a scenario more educational. We see this over and over again. Young students might find the wee figures initially amusing. Mature learners rapidly tire of them. This trend to cuteness is quite common in simulation software:

This is quite a fun example and is engaging. But what do you actually learn? The ingredients for the recipe? Or how to drag and drop them into the mixing bowl? A valuable life skill indeed.

Back in 2008, we used Second Life to explore the educational utility of this amazingly entertaining virtual world. We spent hours reproducing the layout of the clinic or building a landing pad for the medivac helicopter.

The students enjoyed flying around the world, or making oddly clothed (or not!) avatars for themselves. The realtime voice communications were surprisingly effective for small group work.

We found some amazing islands, some created at great expense. For example, Harvard spent a LOT of money on a near perfect reproduction of the Harvard Quadrangle, accurate down to the last brick. When asked what you could do there, you were told "you can meet people there and chat to them". But there was nobody there.

Another team had built a neat little cardiac ward where you could walk from bed to bed to examine the chests of patients in their beds. The objective was to demonstrate various cardiac murmurs and heart sounds. But the students spent most of their time frustrated in trying to walk their avatars around and between the beds, or trying to place the stethoscope onto a hotspot on the chest with sufficient accuracy. A simple text hyperlink to the relevant heart sound would have been much more efficient. What did they actually learn?? How to walk around a bed???

In contrast, we created a Virtual Triage scenario in OLab around the same time. The graphics are crude:

However, the student groups who have tackled this scenario found it challenging. You cannot save all three victims. Sometimes you have to make tough choices.

And, as we saw in the Sarah-Jane case above, you can make a scenario engaging and challenging with no media at all. 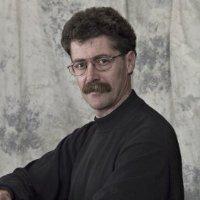 Last updated 1 month ago
Contents
Pretty is not the same as Pretty Effective
What is your objective?
Just enough fidelity
Summary